Continuity Error #1
When David is released from "the hole" and asks the guard, "How long I been in here, anyway?", the guard replies, "I don't know. A couple of hours, maybe."

During David's time in the hole, ABC lined up a fortune teller and sent out the casting call for the role of David Addison. Dozens, if not hundreds of candidates received and responded to the call, and ABC auditioned them. Even today, there is simply no way all this could happen in just a couple of hours. David must have been in the hole for days, and there is no evidence to contradict that the number of days corresponds with the sixteen hash marks he leaves on the wall. It seems reasonable to laugh off the entire "how long?"/"couple of hours" exchange as a joke.

Continuity Error #2
As David walks free from prison, the voice-over narration explains that, "David Addison was released on December 1, 1987." This creates HUGE continuity problems for the entire Original Series. "Tale in Two Cities" opens late on a Wednesday, exactly two weeks after Blue Moon's third anniversary (as celebrated by Agnes two WEDNESDAYS prior in "A Trip to the Moon") and ends roughly 28 hours later, early the morning of the same Friday David is falsely imprisoned (in "Cool Hand Dave"). Therefore, David is imprisoned sixteen days after Blue Moon's third anniversary.

If David was released on December 1, 1987 and...
Both of these anniversary dates are clearly impossible, but let's continue to give them an open mind and throw in some flexibility.

Even if we accept the October 28 - November 13 range of dates and say that Blue Moon originated somewhere within them three years prior in 1984, it throws off the dates of nearly every episode that aligns with its original broadcast date by roughly four months. It's not just matter of starting season 1 earlier and letting the rest ride. David celebrates the one-year anniversary of Maddie's and his first meeting in "Sleep Talkin' Guy", and two episodes later, in "Camille", Maddie and he wrap up season 2 and part ways for the summer. We could conceivably insert additional and varied months or weeks into the overall timeline as needed to keep the anniversary and Christmas episodes where they belong (and Harry Soffer's date of death in 1989), but to do so would be quite an ugly and complicated ordeal.

The EU timeline accepts that Blue Moon was born following the premiere of the "Pilot" in early March 1985 and adds a single "Lost Year" to the timeline to get the OS from there to May 1989. This is far easier to reconcile, because the months and weeks still align. Of course, later-season adjustments are needed in any scenario, as the "Sam Saga" spanned four days onscreen vs. five months in reality and season 4 picked up three and a half weeks later onscreen vs. nearly five months later in reality. But by any and all measure, the EU timeline is the simplest, most logical solution.

By that logic, Sam would have been shacking up with Maddie for 4.5 months, and Maddie would been pregnant for anywhere from 14.5 to 20.5 months. 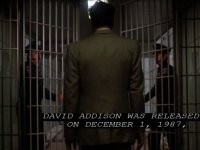 Hi Boink, you know I appreciate your efforts to pull together the timeline for this show. Especially when I'm writing fanfic, I always refer back to the timeline to try to figure out what was said when, and what Maddie and David's mindsets might be at that time. Especially when it relates to how they feel about each other. Very important when writing stories that take place during Season 5 because their feelings that season are all over the place.
You must log in or register to reply here.
Share:
Facebook Twitter Reddit Pinterest Tumblr WhatsApp Email Share Link
Top