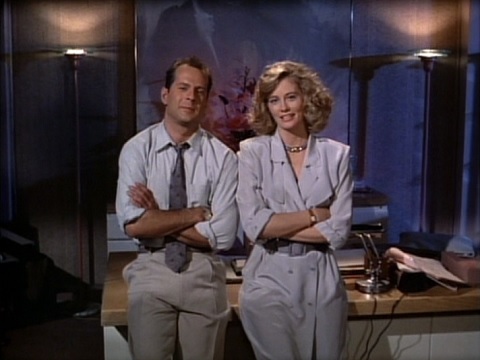 Available Concept
(ML.3.1.1p)  Tues, September 23, 1986.  As they receive the script and prepare for the "Memory of Irma Addison" Emmy gag, Maddie tries to get David to open up and asks him how he feels about the death of his long-passed mother being used for a punchline. He smiles and offers simply, "Mom would have said we were robbed. She would have wanted it this way."
Filters